Lone Wolf Death Bone is in the wrong place at the wrong time and has stumbled onto a a group of wacked out cunts calling themselves the Roastbeefs beating on Dewback lead chick fighter and muff diving girlfriend of fellow Queaf Andromeda.  As Death Bone turned the corner with his favorite candy bar the Roastbeefs finish off Dewback, kick Death Bone in the Nuts and steal his bar and scat. 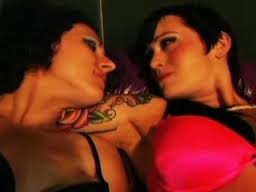 Meanwhile… Death Bone is found hovering over Dewback as Andromeda and her Skanky Queafs stroll up knick him out and kidnap him thinking he’d of her muff lover Dewback they elicit the help of this lone wolf with swankin’ Kung fu moves from a higher plain of conciousnous with his ramboish attitude he agrees and convinces them to enact some vengeancing on the goons led by Doom Blade who has a cool name.

Doom Blade is furious his band of bafoons forgot to kill Death Bone so he sends them back to kick some butt, but by then the Queafs had learned some new moves and got the upper hand with the help of Coach their geeky trash cooking cook as he stabs Lactasias lascivious tits after she tries to suffocate him with her titty milk with a pair of what looked like plastic forks lol.

Watching a dude who looks like Rambo, a lebian Andromeda and her group pep up to go accept this Challenge… Death Bone only after one person… the person who made him a victim too of his favorite piece of expensive chocolate that looks like poop!

Let Rambo meet savage streets in this funk a delicious piece of exploitation throwback delight! I give this film a 4 our 5 star rating as I didn’t even see this film even listed under Seavers imdb page lol. 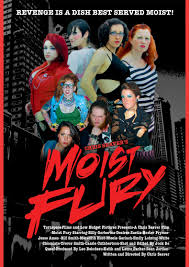